IOM Inaugurates MIDAS at the Land Border Point of Belladère 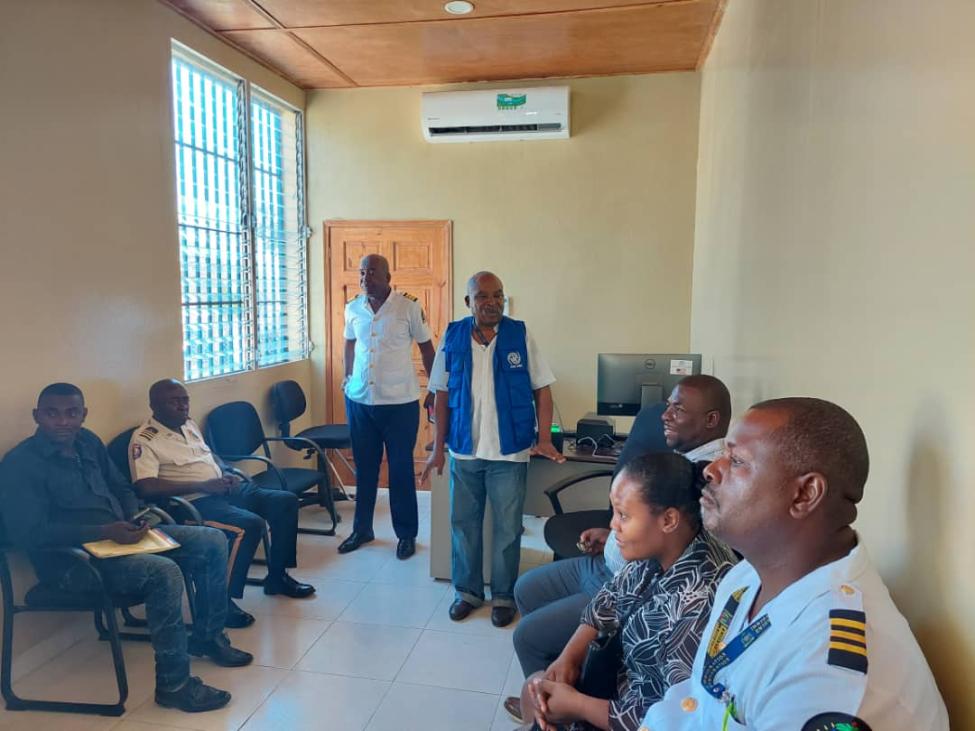 The Directorate of Immigration and Emigration (DIE) and the International Organization for Migration (IOM) organized the inauguration ceremony of the Migration Information and Data Analysis System (MIDAS) at the Belladère border crossing point.

Developed in 2009 by IOM, MIDAS is a Border Management Information System (BMI) that collects, processes, stores and analyzes traveler information in real time across an entire network of borders. The implementation of this system makes entry and exit migration controls more efficient and thus contributes to the strengthening of Haiti's border security.

Currently, the MIDAS system is operating at the land entry points of Ouanaminthe, Malpasse, Belladère, and Cap Haitien International Airport, operating at three out of the four official land ports between Haiti and the Dominican Republic. The installation of the fourth point at the Anse-à-Pitres port is scheduled for the second half of this year 2022.

The Deputy Head of Mission of IOM in Haiti, Ms. Federica Cecchet said that: "since the installation of MIDAS in Belladère in September 2021, 67,128 travelers have been registered, while considering all MIDAS facilities, including Malpasse, Ouanaminthe, Belladère and Cap Haitien International Airport, more than 400,000 travelers have been reported. Thanks to the automatic capture of biographical and biometric data, MIDAS facilitates the passage of travelers as well as the work of migration control agents of the DIE.

Furthermore, the Regional Coordinator of the DIE, Mr. Antoine Jean Simon Fenelon recalled the importance of the MIDAS system "which aims to achieve a more efficient migration control at the national level through the automation of data collection, which allows a faster and more accurate apprehension of this information, which thus lighten the load of work at the borders”.

It is important to note that the MIDAS installations are inaugurated months after their installation once the personnel in charge have been trained and their effectiveness has been monitored for a few months. This is why the MIDAS system was installed in Belladère in September 2021, but was officially inaugurated on July 6, 2022.

This initiative was implemented under the IOM Western Hemisphere Program supported by the U.S. Bureau of Population, Refugees, and Migration (PRM). For more information, please contact Idelki Familia ifamilia@iom.int