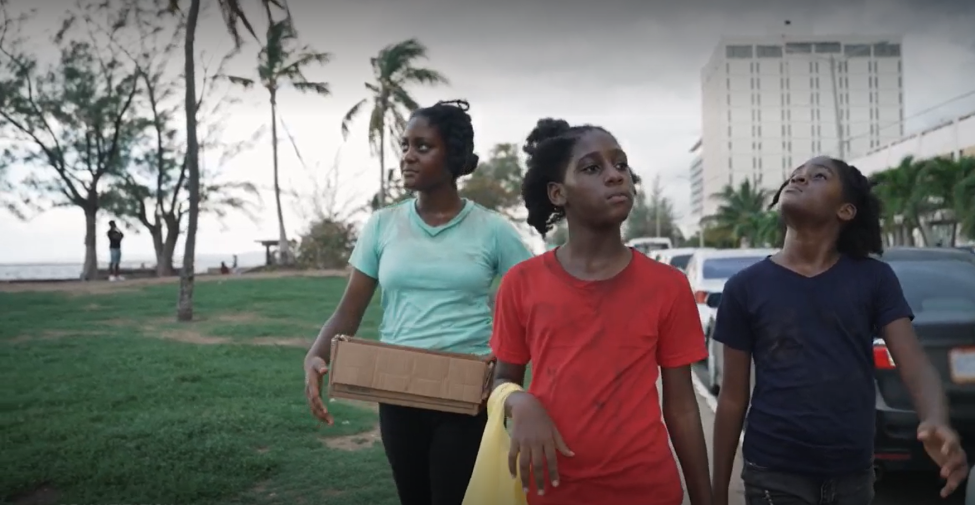 Kingston, Jamaica – The creative content of more than 20 children and young adults formed the base of the awareness-raising campaign on human trafficking that the International Organization for Migration (IOM) will release in the form of radio and television public service announcements (PSAs) developed through its Artworks for Freedom: Stop Human Trafficking competition, funded by the European Union.

The IOM public education campaign aims at sensitizing children and adults to identify and respond to signs of human trafficking.

The campaign began in mid-August with the release of social media content and has included radio, television, and social media interviews with key personnel with IOM, the Ministry of National Security and the European Union, on the issues surrounding human trafficking. According to Ms. Keisha Livermore, IOM Jamaica’s Head of Office, “the artwork submitted to this competition by Jamaica’s youth, is a testament to the knowledge, skills and talent of this nation. These should be nurtured and supported, as the youth are key to the fight against human trafficking in Jamaica.”

The latest releases, a radio, and a television PSA, depict a story of the impacts of human trafficking on children. The PSAs were developed using content from a winning submission to the Artworks for Freedom: Stop Human Trafficking competition. The children who portray the victims of trafficking in the PSA, are the authors of the script and the original cast in the piece submitted to IOM and not actual victims of human trafficking. The recording of this script was their first time acting and from all accounts was a fun albeit challenging experience. The girls enjoyed being on set, but it took some time for them to get used to having messy hair as this was not in line with how they were raised.

In addition to the social and traditional media components, an activity book on human trafficking has been developed for students at the primary education level.

Trafficking is defined as the recruitment, transportation, transfer, harbouring, or receipt of people through force, fraud, or deception, with the aim of exploiting them for profit.

According to the United States 2021 Trafficking in Persons report, Jamaica is ranked as Tier 2, which means that the Government of Jamaica does not fully meet the minimum standards for the elimination of trafficking but is making significant efforts to do so. In Jamaica’s last report on trafficking, the report said, officials investigated 42 potential sex trafficking cases and one labour trafficking case.

The Artworks for Freedom: Stop Human Trafficking is part of the Multi-Country Border Security Project (MCBSP), funded by the European Union and implemented in Jamaica, Haiti, and the Dominican Republic.

About IOM - The International Organization for Migration (IOM), established in 1951, works to help ensure the orderly and humane management of migration to promote international cooperation on migration issues, to assist in the search for practical solutions to migration problems and to provide humanitarian assistance to migrants in need, including refugees and internally displaced people.