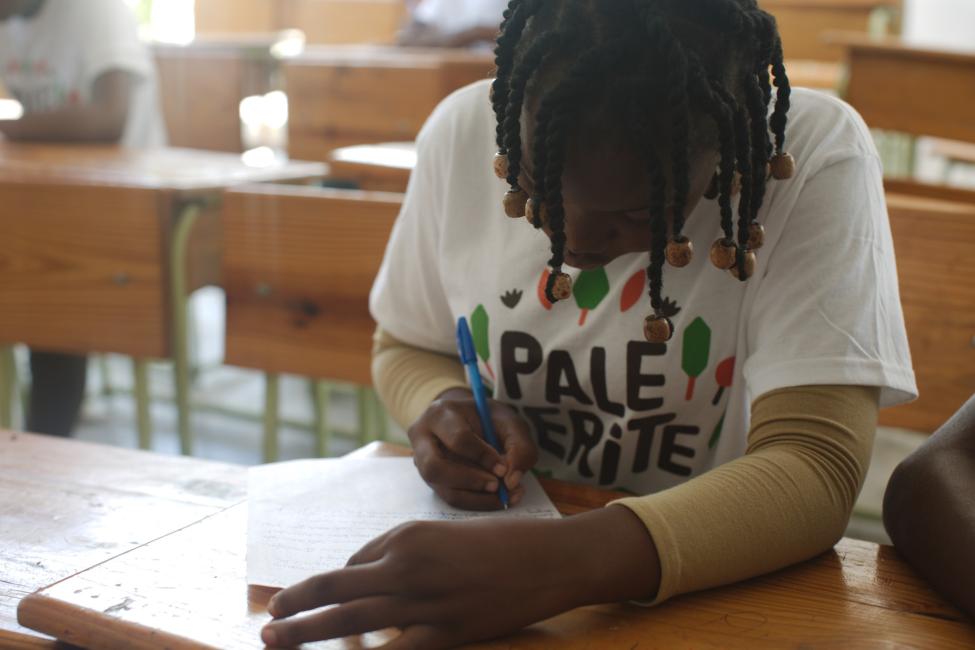 The International Organization for Migration (IOM) and the National Office of Migration in Haiti (ONM) launched the “Pale Verite” (“Speak the Truth” in Creole) campaign in Anse-à-Pitres South-East Department, one of the Haitian official Border Crossing Points (BCP) with the Dominican Republic. The campaign aims to raise awareness about the risks of irregular migration while promoting regular pathways.

The initiative mainly consists of field activities targeting different audiences, including discussions with children and teachers in schools, workshops with community members, broadcasting of videotaped stories narrated by migrants themselves, distribution of information materials interviews with local radio stations, and paintings of thematic murals at the Haitian-Dominican borders.

“Information is empowerment,” said IOM Deputy Chief of Mission, Mr. Daniele Febei. “Joining efforts with Haitian Government, we have a moral obligation to inform migrants and potential migrants in detail about the dangerous journey, so they have the right to make a more informed decision.”

The “Pale Verite” campaign started in Panama targeting Haitians migrants in transit, mainly crossing the Darien Gap, one of the world’s most dangerous routes used by migrants to find better life in the North.

The campaign in Haitian Creole motivates migrants in transit to share their experiences through testimonial videos on the dangers of the irregular journey and provided support to people through spaces for dialogue and sharing of their experiences in the Darien Gap. The testimonials were shared via social media to reach South American transit countries such as Chile, Peru and Brazil to maximize reach and impact.

The awareness raising campaign was made possible through the contribution of the United States’ Bureau of Population, Refugees, and Migration (PRM). For more information, please contact Idelki Familia ifamilia@iom.int and Nahomie Mesidor nmesidor@iom.int

IOM condemns violence and looting of humanitarian supplies in Haiti